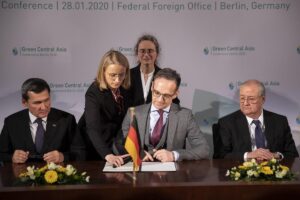 🇪🇺 A high-level conference in Berlin launched on Tuesday (28 January) the “Green Central Asia”, initiated by the Ministry of Foreign Affairs the Federal Republic of Germany as part of the new EU Strategy for Central Asia and Afghanistan.
The conference was attended by the heads of the foreign affairs of the Federal Republic of Germany, the European Union, Central Asian states, and Afghanistan, experts on climate, as well as representatives of scientific and public circles, business and the media.

German Foreign Minister Heiko Maas, who hosted the conference, stressed that the states of Central Asia and Afghanistan were particularly affected by climate change. «If climate change knows no borders, then our answer to it also must not know any borders», he said.
Following the conference, a Joint Statement was adopted, which reflects the basic principles of cooperation in the framework of the implementation of the Green Central Asia Initiative.
More details can be found here: https://green-central-asia.net 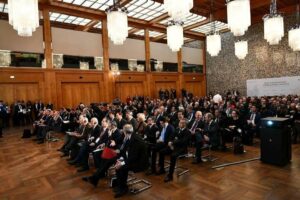 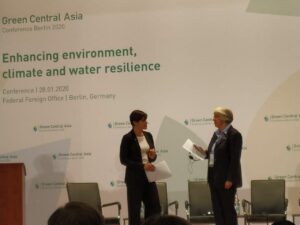 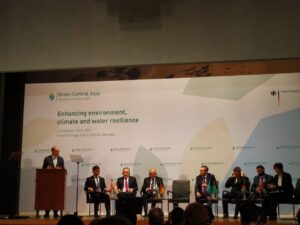