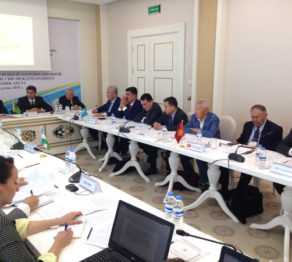 On August 22, 2018, the 74th regular meeting of the Interstate Commission for Water Coordination in Central Asia (ICWC) was held in the city of Turkmenbashi.

The meeting was chaired by ICWC member from Turkmenistan Mr. M.Bayramdurdyev, with participation of other ICWC members – Mr. Y.N.Nysanbayev from of Kazakhstan, Mr. S.N.Rakhimzoda from Tajikistan, and Mr.Sh.R.Khamraev from Uzbekistan. The event was attendant by the heads of executive bodies (BWO Amudarya, BWO Syrdarya, SIC ICWC, and Secretariat), representatives of EC IFAS, head of the Executive Board of IFAS in Kazakhstan, and invited persons.

The following items were included in the agenda:

In addition, supplementary items were included in the agenda:

Appropriate decisions were made on all items of the agenda.

The meeting is held in the lead-up to the Summit of International Fund for Saving the Aral Sea. The heads of Central Asian states will gather after a 9-year break to take stock of activities over the last 25 years and define future steps.

The next 75th regular ICWC meeting is planned to be held in the Republic of Tajikistan. 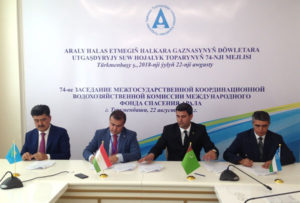 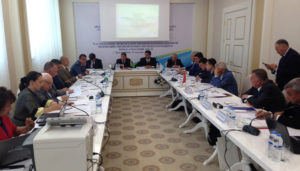