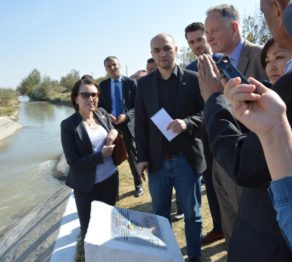 On 23-26 October 2017, the German Ambassador to Tashkent, Mr. Günter Overfeld visited Samarkand Region to acquaint himself with programmes financed by the German government. Among those was the Bad Bad Irrigation Canal which was rehabilitated by the Transboundary Water Management in Central Asia Programme commissioned by the German Federal Foreign Office. The main water intake structure of the canal was reconstructed and electrified. After the rehabilitation works, the efficiency of water supply and water use of the canal increased up to 90%.

The water loss decreased significantly from 40% down to 7-10%. The capacity of the head water intake structure increased from 8 m3/s to 15 m3/s. 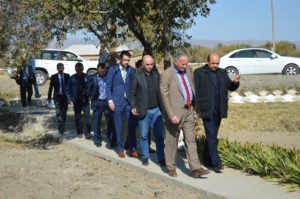