Warning: session_start(): Failed to read session data: files (path: /home/admin/tmp) in /home/admin/web/waterca.samar.uz/public_html/wp-content/themes/architecture/functions.php on line 19
 Chairmanship of Turkmenistan in the International Fund for Saving the Aral Sea discussed in Ashgabat 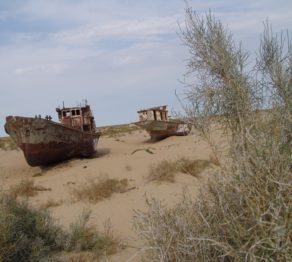 Increased cooperation with authoritative organisations was the topic of the two-day meeting held in the Turkmen capital in preparation for the chairmanship of Turkmenistan in the International Fund for Saving the Aral Sea (IFAS).

The forum took place in the conference hall of the hotel “Yyldyz” and was organised by the Ministry of Foreign Affairs, the Ministry of Agriculture and Water Resources of Turkmenistan with the support of the Deutsche Gesellschaft für Internationale Zusammenarbeit (GIZ) GmbH  “Transboundary Water Management in Central Asia” Programme.

The forum was attended by representatives from various ministries and departments, UN agencies, including the UN Development Programme (UNDP), United Nations Environment Programme (UNEP), the UN Regional Centre for Preventive Diplomacy for Central Asia, as well as the European Union, Regional Environmental Centre for Central Asia, the Swiss Agency for Development and Cooperation (SDC), the World Bank, Islamic Development Bank and others.

During the meeting, representatives of international organisations, national and foreign experts discussed the main directions of cooperation during the chairmanship of Turkmenistan in the International Fund for Saving the Aral Sea for in the next three years. In particular, the proposals by the Turkmen side were discussed in detail on the implementation of joint programmes aimed at improving the environmental situation, improvement of the integrated management mechanisms and transboundary water resources management, promotion of economic and social development of the Aral Sea region. The importance of further progress of on-going projects was also underlined in the framework of the Third Aral Sea Basin Program (ASBP-3).

As is known, the problem of the Aral Sea primarily caused by the changes in the hydrological river flow regime of the basin at the turn of XX-XXI centuries became critical and at present is in the spotlight of the world community. The consequences of the ecological disaster affected the living conditions of millions of people living in the Aral Sea basin and adjacent territories. The situation is aggravated by global climate change on the planet.

Much depends on concerted actions of the states that are directly experiencing the negative consequences of this environmental disaster. At the time, the International Fund for Saving the Aral Sea (IFAS) has been created by Turkmenistan, Kazakhstan, Kyrgyzstan, Tajikistan and Uzbekistan as founders. Within the IFAS structure the Interstate Commission for Water Coordination (ICWC) and the Interstate Commission on Sustainable Development (ICSD) were formed, under which the Regional Environmental Action Plan was adopted as a unified environmental programme for the countries of Central Asia.

Scientific Information Center of ICSD with branches in other countries was created at the National Institute of Deserts, Flora and Fauna in Ashgabat.

In December 2008, UN General Assembly Resolution was adopted on granting an observer status to IFAS, which became a landmark event confirming the planetary nature of the Aral Sea crisis and the need to mobilize the international community’s efforts to overcome it. Enhanced partnerships with UN agencies, including the Regional Centre for Preventive Diplomacy in Ashgabat, also contributed to the Memorandum of Understanding between the United Nations and the Executive Committee of the International Fund for Saving Aral Sea signed in 2010 in the Turkmen capital.

It should be emphasized that the policies pursued by President Gurbanguly Berdymuhamedov, directly interfaced with the priorities and objectives of the United Nations Organisation, first of all, to ensure global peace, stability and security, the implementation of “Agenda for Development for the period up to 2030” adopted in the fall of last year at the UN Summit on Sustainable Development.

This is clearly evidenced by the specific initiatives taken by the head of state at the UN General Assembly sessions, “Rio+20” UN Conference on Sustainable Development, as well as at the III UN World Conference on Disaster Risk Reduction in Japan and VII World Water Forum in the Republic of Korea. Among them – proposals for opening in Ashgabat the Regional Centre for technologies related to climate change in Central Asia, the development of the special UN Programme for Saving the Aral Sea and the UN Water Strategy.

Today, all countries of the region take concrete steps to solve the aforementioned problems. In this regard, a great experience gained in Turkmenistan, where the government is successfully implementing large-scale programmes and projects, where major investments are used for the creation of modern socio-economic infrastructure in the regions to ensure the employment as well as environmental protection.

Summing up the meeting, its participants called for intensifying cooperation among the member states of the IFAS with leading international organisations and financial institutions across the spectrum of environmental issues and sustainable development of the Aral Sea.